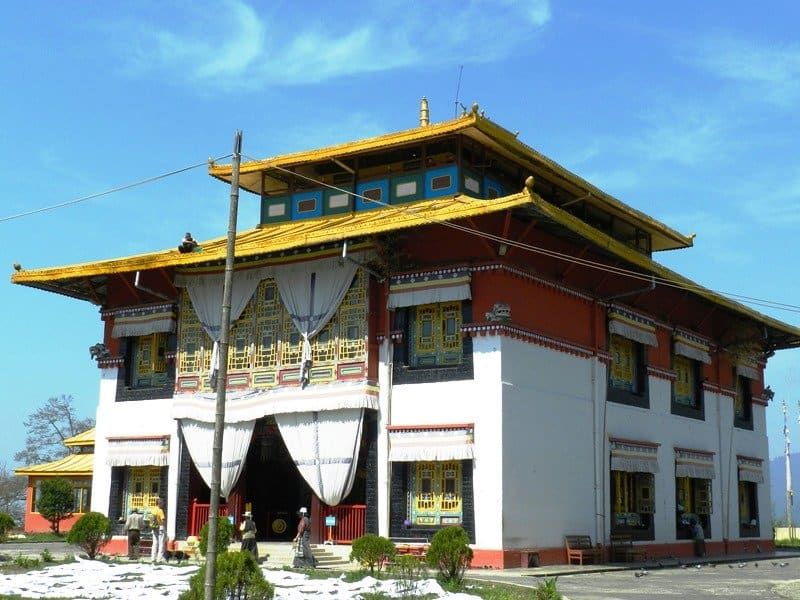 8 Must Visit Monasteries in Sikkim

8 Must Visit Monasteries in Sikkim

Sikkim is a land blessed with breathtaking biodiversity. Also, it is a land dotted with spectacular monasteries. One would be surprised to know that though most of the residents of Sikkim are Hindus, it has a rich Buddhist heritage. Each major monastery in Sikkim has a lot of history attached to it and is also a major pilgrimage spot for Buddhists from around the world. A trip to Sikkim is not complete without visiting the major monasteries, taking in their history and enjoying their architectural beauty.

Built in the 18th century, Rumtek monastery also known as the Dharma Chakra centre is the largest and most popular monastery in Sikkim. It is home to some of the most unique Buddhist artwork in the world, from wall murals to ancient scriptures to hand painted scrolls. It was first built by the 12th Karmapa Changchub Dorje. But after it fell to ruins, the 16th Karmapa Rangjung Rigpe Dorje rebuilt it in the year 1959. It is home to the Kagyu school of Buddhism and the monastery is supposed to be an exact replica of the Kagyu headquarters in Tibet.

The oldest monastery in Sikkim, Dubdi monastery was built in the year 1701. It is nearly 40 kms away from Pelling. It is also known as the Yuksom monastery and was built by the first king of Sikkim. Dubdi monastery has iconography pointing to the formation of the state of Sikkim, when the first Chogyal of Sikkim was crowned by the three Lamas. It is home to a lot of rare manuscripts and texts. One can truly feel the weight of history as they walk through the aisles of one of the most historical sites in Sikkim. 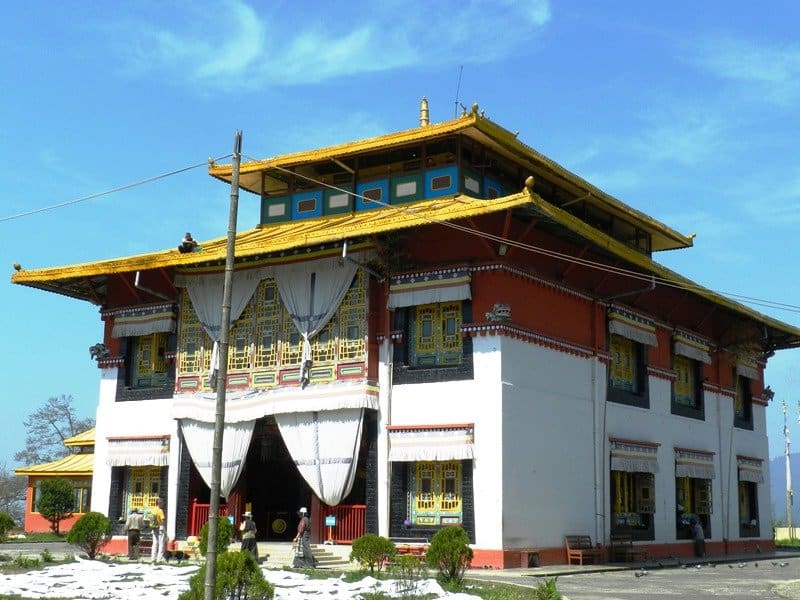 One of the oldest and most popular religious sites in Sikkim, the Pemayangtse monastery was built by Gyalwa Lhatsun Chempo in the year 1705. He was one of the three Lamas who crowned the first king of Sikkim, Chogyal Phuntsog Namgyal in the year 1642. This place has many unique buddhist idols, statues and paintings. Pemayangtse translates to ‘Perfect Sublime Lotus’. This monastery is especially popular as it is extremely easy to reach from Pelling and also offers a great view of Mt. Kanchenjunga. 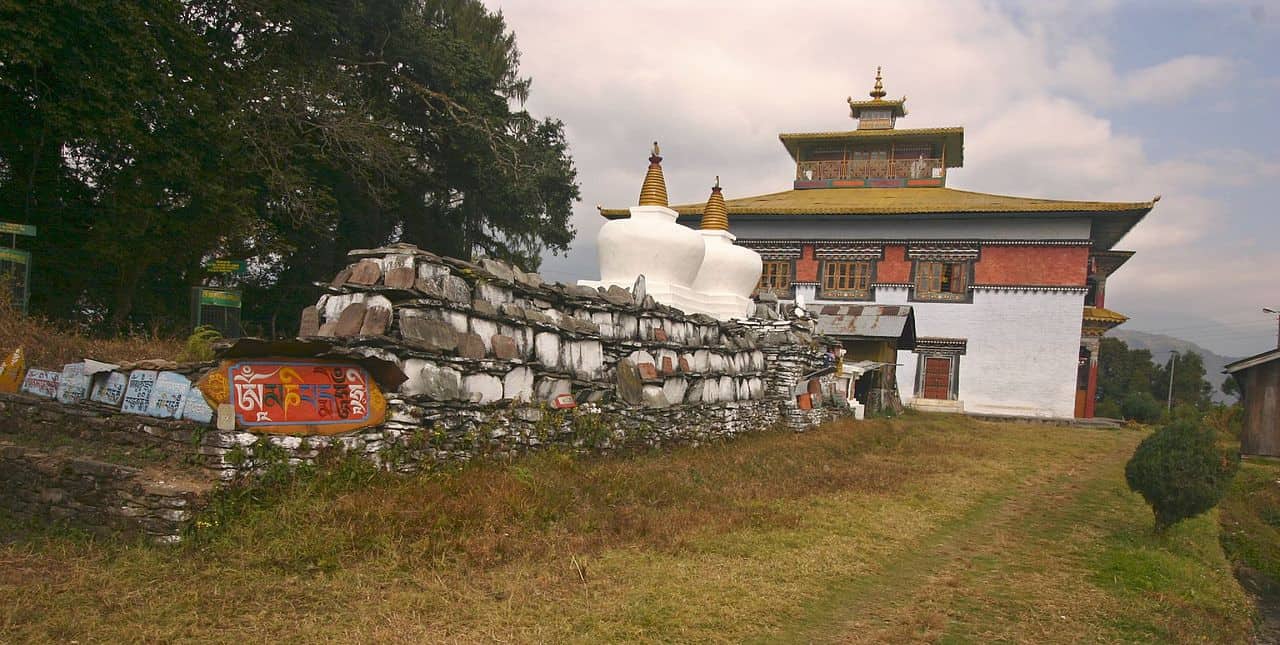 Considered the holiest place in all of Sikkim, Tashiding monastery is located 40 kms from Pelling. It is surrounded by major monasteries and holy places on all sides. Also, it is located between 4 sacred caves in each direction which increases its importance.  It was built in the 17th century and the Bhimchu festival celebrated on the 14th and 15th day of the 1st month of the Tibetan calendar draws people from across the world.

Most popular for the Chaam dance that happens on 18th and 19th day of the 12th month in the Tibetan calendar, Enchey monastery literally means the ‘Solitary Temple’. Apart from the amazing view of Kanchenjunga that one can see from this monastery, it is also home to numerous images of Gods and Goddesses. Enchey monastery is an integral part of the people’s lives in Gangtok. It houses the Guru Padmasambhava and Loketeswara deities in addition to the Buddha statue. 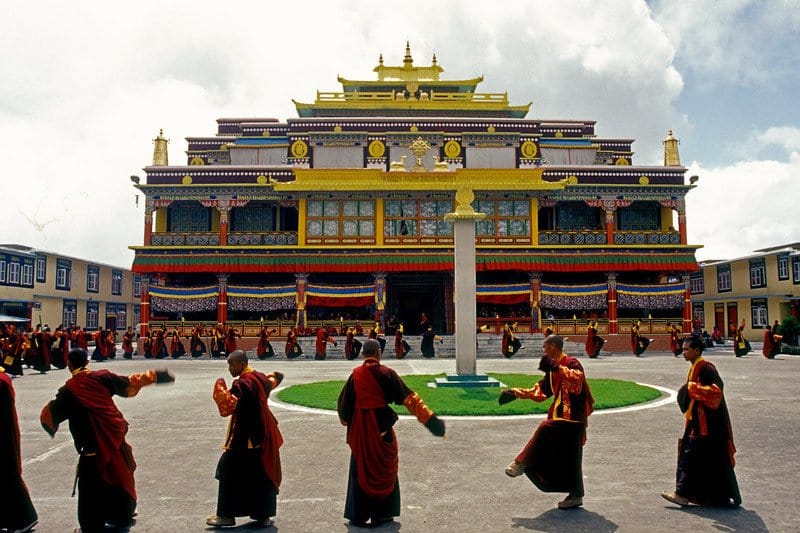 Located around 55 kms from Pelling, Ralang monastery is one of the most breathtaking monuments you will visit in Sikkim. The annual festival celebrated here is called Pang Lhabsol, where Mt. Kanchenjunga is worshiped. Here one can see a huge number of paintings called Thangkas, which is a Tibetan art form that depicts Buddhist religious iconography. This monastery was built in memory of the successful pilgrimage to Tibet undertaken by the fourth Chogyal (ruler of Sikkim).

Established in the year 1730, Rinchenpong monastery is famous for the Ati Buddha statue. It is a short trek from the Rinchenpong market. Also, the monastery offers a clear view of Mt. Kanchenjunga and Mt. Narsing. Also, for those interested in history, this place is very close to the famous Poison lake. This is where the British invaders reached before being forced to retreat. 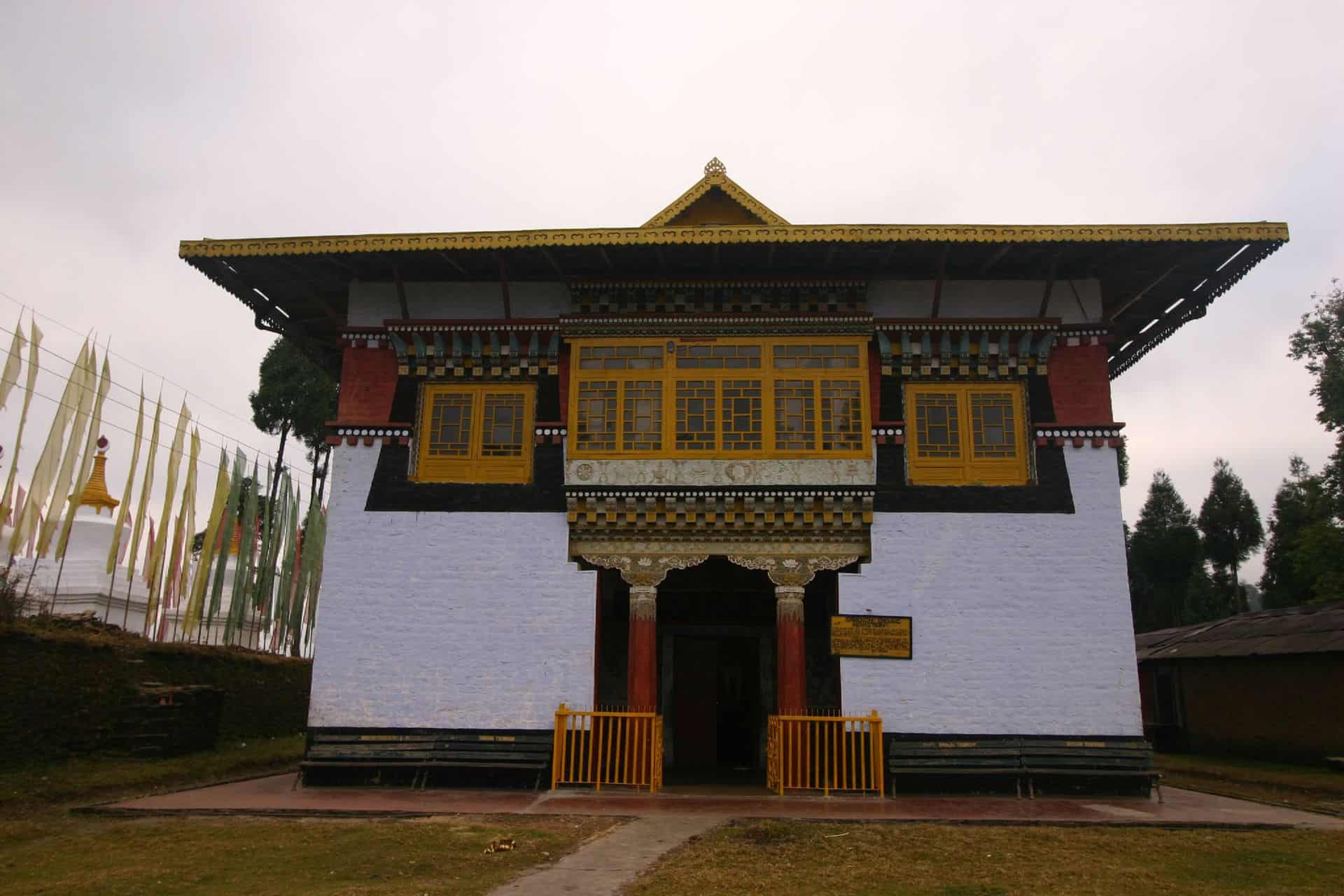 Built in 17th century by Gyalwa Lhatsun Chempo, the Sanga Choeling monastery is located 9 kms away from Pelling. It is the 3rd oldest monastery in Sikkim. The monastery belongs to the ancient Nyingmaga sect, which is the oldest school of Tibetan Buddhism. It is a good 30-45 minute hike to reach the monastery. But you will not only enjoy the monastery visit but also be mesmerized by the panoramic view from the top.

A visit to the monasteries above can be made from or be organized by the Bamboo Retreat. We would be more than happy to host you during your stay in Sikkim.